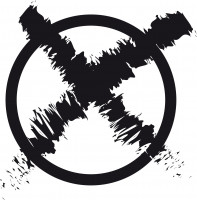 We are asking the paleontological and paleobiological scientific community to participate in our online election of a scientific board, that will evaluate proposals for our planned workshops.

The scientific board will include eight international scientists. Every member of the German scientific community (professional and PhD students) will have the opportunity to nominate up to three candidates until October 30, 2019. You will need to name the candidate and present him/her with a short profile. Candidates nominated will be informed via eMail and will have the chance to withdraw their nomination.

We will guarantee a more balanced board of members, so we encourage you explicitly to nominate early-career scientists and women.

In a second step a list will be announced online, containing those 30 scientists, that have received most nominations; this list will be online until January 15, 2020 and you will have up to three votes.

Those seven candidates with most votes will be asked to participate in the scientific board, the eighth member will be Professor Wolfgang Kiessling, and the community will be informed about the results.

If you have any questions, please contact Dr. B. Seuss (pal-synthesis@fau.de).